Middlesbrough South and East Cleveland is a UK parliament constituency that is represented in the House of Commons by Tom Blenkinsop of the Labour party.

The Middlesbrough South and East Cleveland constituency has a total population of 0, of which 0 are eligible (18+) to vote (%). 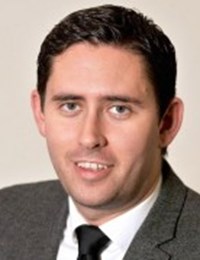 Born in Middlesbrough, Blenkinsop attended St Augustine's RC Primary School in Coulby Newham and Newlands School FCJ, before attending St Mary's Sixth Form College in Saltersgill. He attended Teesside University where he obtained a BSc in Philosophy, Politics and Economics, and the University of Warwick, where he was awarded an MA in Continental philosophy.

He became a constituency researcher for Ashok Kumar, from 2002 until 2008, when he became a full-time regional official for the Community Trade Union, until his election to parliament.

He stood as a candidate for the 2010 general election after the sudden death of Kumar, taking the seat with a 1,677 majority.

He has been married to Victoria Emtage since 2007.

In 2011, he was made honorary president of Guisborough Town F.C. an amateur football club in his constituency, and appointed as a Labour Party whip.

Election turnout for the Middlesbrough South And East Cleveland constituency in 2015 was 64.20%, lower than the average UK turnout at 66.1%.

Election turnout for the Middlesbrough South And East Cleveland constituency in 2010 was %, lower than the average UK turnout at 65.1%.

This graph shows the results from 32 people in the Middlesbrough South and East Cleveland constituency who have taken our quiz, displaying which party best matches their opinions of the series of questions we ask.