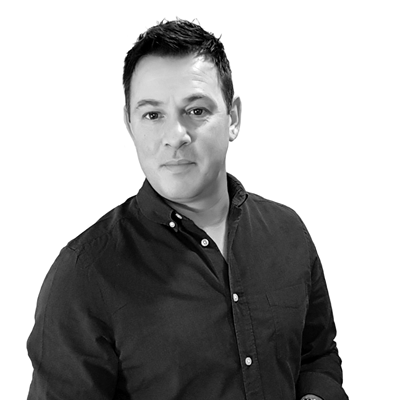 After thinking long and hard about updating Who Shall I Vote For? for the 2017 General Election, my co-founder and I have decided that we will not be updating the website for this election.

It was a tough decision, and not one that we took lightly. We produced the website early in 2015 for the election that took place that year. It was a labour of love, and we thoroughly enjoyed creating the content, the quiz, the underlying algorithm and data. Our service was always meant to be a not-for-profit venture. All we wanted to do was to create a quiz to allow people to cut through the hype and spin, and find out what party was most closely aligned to their views.

Collecting the policies, analysing the manifestos, keeping a close eye on constituency data and fixing bugs was a full-time task for me, even though we made no money from it. We had fun putting it together, and we both learned a huge amount about politics.

Co-founder Mark and I got together a few days ago to discuss whether we wanted to update the site with new policies and manifesto pledges. Personally, I also thought long and hard about updating it, but it came down to one simple question - do either of us have the time and inclination to do it all over again?

Given the extremely short notice of the pending General Election, we knew we would have to drop all our current projects and work, and focus solely on something that isn't financially viable. The political parties will be busy scribbling together their policies for their manifestos; most of which probably won't be ready for us until late on in the day. Even when we have the manifestos sitting in front of us, we'll then have the arduous task of analysing the policies, assign new questions, create a score-based quiz, and transfer everything over to our database.

I'm sure you'll agree that gives us very little preparation time. One option was to do this in my spare time, but with young children this isn't practical. I'd rather be a great dad and spend time with them.

We've already received emails asking us to update our website for the impending election. People have told us that they really benefited from Who Shall I Vote For? in 2015. We're grateful for all the amazing feedback we received first time around, even the emails accusing us of political bias. It was a huge learning experience for us both.

Thank you for your interest, and we hope that for the next General Election in 2022, we'll create an even better Who Shall I Vote For? website.

There are several Voter Advice Applications who have already built their quizzes for 2017. Here are a selection of them:

Please do let us know if you know of any other Voter Advice Applications that are covering the 2017 General Election.

Thank you for your support, and we hope to see you again late 2021.

Well, we've been live for just seven days, and more than 2,000 people have already used our quiz to find out who they should vote for at the election.

Some interesting statistics are already beginning to form. So far, Labour have had the most matched policies, and are in the lead at 22.6%, just a tad more than the second-placed party - the Greens at 22.3%. The Tories are a just a few points behind them at 19.5%.

As for the hottest topics chosen for the quiz, health comes out on top. No surprises there, given that the NHS is one of the most widely covered issues in the newspapers. Interestingly, the economy is the second most chosen topic, which up until today came third, just behind immigration, which seems to have settled down a little. Expect immigration to peak again at some point.

Have a look at the quiz results now for an insight into the current stats.

In an attempt to provide transparency behind our quiz questions, as well as provide a really useful tool for voters, we've created a new section on the site which allows you to compare the stances of all ten Westminster parties alongside each other on some 'hot topics' of interest.

Whilst there are several parties that have yet to publish their party manifestos, we've been able to collect a lot of information about where each party stands on particular issues. Whilst many other websites offer a similar service (including the BBC Manifesto Watch), presenting it in an easy-to-digest format was crucial to us. Comparing each party on, let's say, whether ASBO's should be scrapped, is now much easier with our tool that puts them alongside each other with a simple tick or cross to show you whether that party agrees or disagrees with the statement.

Check out the policy comparison tool to give you an instant overview of the party stances for all main areas, including hot topics such as immigration, NHS, benefits, and topics that are a little 'cooler', such as housing, world affairs, business etc.

We use a similar tool to edit the questions/answers algorithm for our political quiz, so we thought what better than to share it with our users? Enjoy.

Nationwide results for our quiz

Today we managed to get our nationwide results published in a more graphical format to allow you to see the results of our quiz.

There are several graphs that allow you to see how well matched each party is to the voters who are taking our political quiz, find out what the gender split is, and which topics are the most commonly chosen for the quiz.

I'm sure there will be lots of interesting statistics that come from the results page over the course of the run up to the general election, and we hope that they're so interesting that we see them in national newspapers in the coming weeks.

Have a look at the quiz results now for an insight into the current stats.