Woking is a UK parliament constituency that is represented in the House of Commons by Jonathan Lord of the Conservative party. 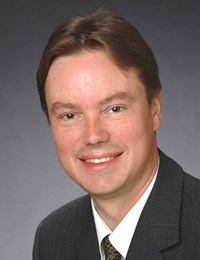 Jonathan George Caladine Lord (born 17 September 1962) is a British Conservative Party politician who was elected as the Member of Parliament (MP) for Woking at the 2010 general election. He succeeded Humfrey Malins, his Conservative predecessor who stood down at that election.

While serving on Westminster City Council (1994–2002), he stood unsuccessfully for Parliament in Oldham West and Royton in 1997, becoming deputy leader of Westminster Council between 1998 and 2000. For the 2005 general election, he managed the election campaign for Anne Milton MP, subsequently becoming chair of her local (Guildford) Conservative Association and serving on Surrey County Council between 2009 and 2011.

Lord was selected to fight the Woking seat, during the Conservative Party's 2009 experiment with primary elections. He has a marketing background, having been a director of Saatchi & Saatchi for two years. He is one of 13 vice-presidents of The Debating Group.

Born in 1962 of His Honour John Herent Lord, a circuit judge, and (June) Ann Lord (née Caladine), his education included a scholarship to Kent School in Connecticut. He graduated in 1985 with a BA in History from Merton College, Oxford, and was president of the Oxford University Conservative Association in Michaelmas Term 1983. He married Caroline Commander in 2000, with whom he has two children: John and Katherine.

This graph shows the results from 97 people in the Woking constituency who have taken our quiz, displaying which party best matches their opinions of the series of questions we ask.