Rushcliffe is a UK parliament constituency that is represented in the House of Commons by Kenneth Clarke of the Conservative party. 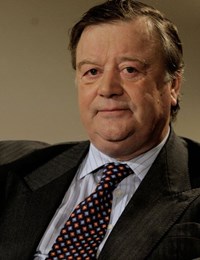 Kenneth Harry Clarke CH QC (born 2 July 1940) is a British Conservative politician who has represented Rushcliffe in Nottinghamshire as Member of Parliament since 1970.

Clarke, one of the UK's best-known and popular politicians, was dubbed by the press with the affectionate nickname of "Big Beast". He served in various British Cabinets as Chancellor of the Exchequer, Home Secretary, Lord Chancellor and Justice Secretary, Education Secretary, Health Secretary and Minister without Portfolio. He has been the President of the Tory Reform Group since 1997.

Clarke's time as a Cabinet Minister is the fifth-longest in the modern era, having spent over 20 years serving under Prime Ministers Margaret Thatcher, John Major and David Cameron.

Following his return to Parliament at the 2010 general election, Clarke became joint-second longest-serving MP (with three others). He intends to contest the 2015 General Election

Election turnout for the Rushcliffe constituency in 2010 was 73.6%, higher than the average UK turnout at 65.1%.

This graph shows the results from 90 people in the Rushcliffe constituency who have taken our quiz, displaying which party best matches their opinions of the series of questions we ask.