Brighton, Pavilion is a UK parliament constituency that is represented in the House of Commons by Caroline Lucas of the Green party. 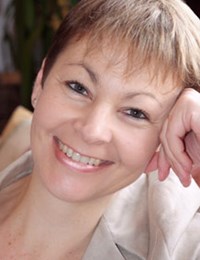 Caroline Patricia Lucas (born 9 December 1960) is a British politician, and since 2 September 2016, Co-Leader of the Green Party of England and Wales, a position she shares with Jonathan Bartley. She has been the Member of Parliament (MP) for Brighton Pavilion since the 2010 general election, when she became the UK's first Green Party MP. She was re-elected in the 2015 general election with an increased majority.

Lucas was elected the first Leader of the Green Party in 2008 and was elected to represent the constituency of Brighton Pavilion in the 2010 general election. She stood down as party leader in 2012 to devote more time to her parliamentary duties and focus on an ultimately successful campaign to be re-elected as an MP. She returned to a party leadership role in September 2016, when she was elected as Co-Leader as part of a job-sharing arrangement with Jonathan Bartley.

She is known as a campaigner and writer on green economics, localisation, alternatives to globalisation, trade justice, animal welfare and food. In her time as a politician and activist, she has worked with non-governmental organisations (NGOs) and think-tanks, including the Royal Society for the Prevention of Cruelty to Animals (RSPCA), the Campaign for Nuclear Disarmament (CND) and Oxfam.

Election turnout for the Brighton Pavilion constituency in 2015 was 71.40%, higher than the average UK turnout at 66.1%.

Election turnout for the Brighton Pavilion constituency in 2010 was 70%, higher than the average UK turnout at 65.1%.

This graph shows the results from 200 people in the Brighton, Pavilion constituency who have taken our quiz, displaying which party best matches their opinions of the series of questions we ask.